Brisbane home prices at record high, gains to continue in 2020 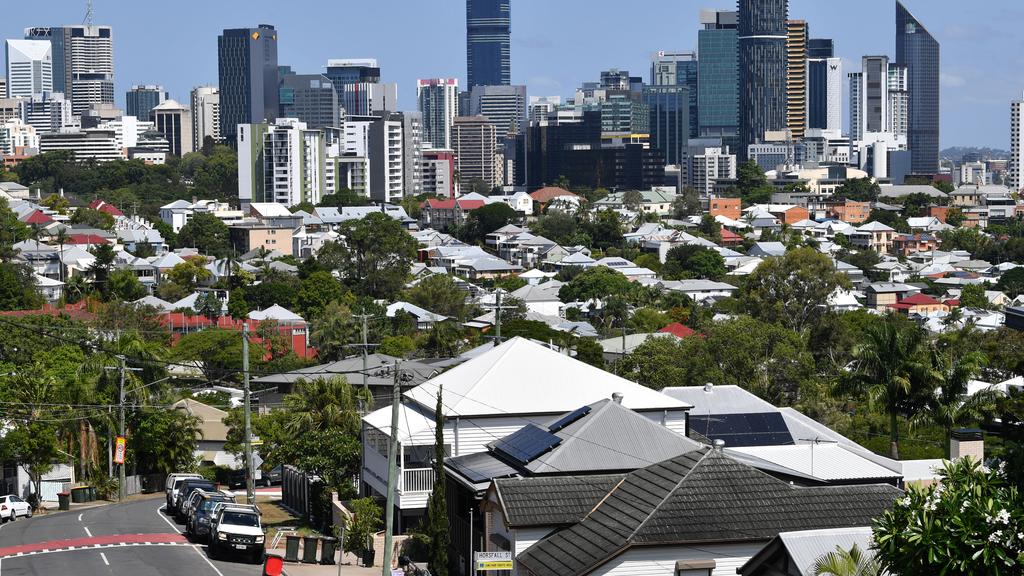 Brisbane home prices at record high, gains to continue in 2020

BRISBANE home values are at a new record high and continuing to climb, while price growth is starting to slow in Sydney and Melbourne, new figures reveal.

CoreLogic’s national home value index rose 0.9 per cent in January, taking the annual growth rate to 4.1 per cent — the fastest in a twelve month period since December 2017.

Ahead of the Reserve Bank’s interest rate decision on Tuesday, the index shows home values increased across every capital city and region, apart from regional South Australia, where values held steady in the first month of the year.

Brisbane prices rose 0.5 per cent in January to a median value of $499,691, down slightly from the 0.7 per cent climb the previous month, but up 2 per cent for the December quarter.

House prices gained 0.7 per cent in January, but unit prices dropped 0.6 per cent.

Home values also rose 0.8 per cent in regional Queensland, although parts of the state’s outback regions continue to be weak due to persistent drought and poor economic conditions.

CoreLogic head of research Eliza Owen said the index showed “the value of dwellings collectively across the Brisbane market is sitting at a record high”.

“We have also seen a spillover in demand (for Brisbane) from expensive capital cities like Sydney and Melbourne,” Ms Owen said.

“What we’re seeing in Sydney and Melbourne is prices going up, but the growth rate softening because of affordability challenges and more stock.”

Ms Owen said the outlook for the Queensland economy, which had often held back the housing market, was looking positive.

“There are actually some pretty promising things happening for the Queensland employment market,” she said.

“Over 2019, we saw a significant rise in the number of people employed in scientific, technical and professional services — typically high income employment services that could drive demand in the Brisbane market.

“We’ve also seen an uplift in rental prices across Brisbane; up 1.6 per cent over the end of January.

“With mortgage rates at near record lows, this could attract more investors to the market as well.”

“Smaller cities, including key affordable regional markets where economic and demographic trends are healthy may offer some insulation from these affordability constraints,” Mr Lawless said.

The Reserve Bank of Australia is expected to leave the official cash rate on hold at its February meeting. Image: AAP/Dan Himbrechts.

“Looking ahead, interest rates are expected to see further reductions, which, along with consistently strong population growth, is likely to continue to support housing demand.”

ANZ has raised its growth expectations for house prices, with the bank now expecting an 8 per cent rise nationally this year — up from 6 per cent.

Trackback from your site.